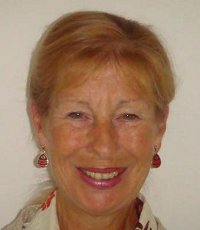 Although it wasn’t until 1980 that I became a Christian,
I realise that our Lord had had his protecting hand on me for a long time.
My parents were not Christians or regular church goers,
(apart from Christmas, Easter, weddings, christenings, and funerals),
but they did send me to Sunday School when I was very young,
not that I can recall any of it, but obviously a seed was sown.

I’d like to mention here that many years later I found out my Grandmother was a strong
committed Christian, and had faithfully been praying for her family over the decades.

During my teenage years along with other school friends, I went through a short phase of
‘playing’ with a Ouije board, having no idea at that time that I was playing with fire!

My first ‘knowing’ encounter with God came when I fell in love with my husband.
We both decided that there just had to be a God, to have given us such a wonderful love
between us, and we resolved to find a vicar to find out more about God. This was in 1967.
The vicar we found did not inspire us, and we did not pursue our quest any further.
We got married and had 3 sons, and our lives were very busy.

During the 1970s, I had visited a Spiritualist ‘church’ with my mother.
I remember being a bit concerned about this, but they had sung hymns and said prayers first,
so in my naivety thought it must be OK, the medium there was very ordinary and seemed
to be saying helpful things to people, she somehow even knew that I’d been playing
with a Ouije board, and said that I shouldn’t!

It wasn’t long after this that I developed what I now know to be an unhealthy interest
in the occult. Mainly with palmistry and Tarot cards.
It seemed harmless enough, just a bit of fun, did not ‘feel’ wrong,
and as far as I was concerned at the time, there was black magic and white magic.
Black was bad, from the devil, and white was OK, probably from God?

Although we didn’t go to church, we sent our sons to Sunday School at the local church,
and I used to play badminton in the Church hall.
In 1980, one evening one of the players asked me if I was a Christian.
I replied yes, as I thought I was a fairly good person.
I remember being most affronted when he said I wasn’t,
and that the meaning of the word Christian was ‘to have Christ in you’.

A couple of weeks later I asked the badminton group if they knew of a good painter
as our house needed painting. They recommended a guy called Ted.
Not only was his the cheapest quote, but he seemed really genuine, too.
Ted was always happy, so content, often singing as he worked.
He intrigued me. During his coffee breaks we’d chat.
I asked him why he was so happy all the time, what was his secret?

He told me how he’d met Jesus a few months before and how his life had changed.
How empty and meaningless his life had been before.
He kept referring to Jesus as if he actually knew him!
As if He was alive and not just some historic or fictional figure!

A desire grew within me to find out more about this Jesus he was always going on about.
Fortunately I found a Bible in the house. What a big book. Which bit in it told about Jesus?
The pages fell open at Matthew and I started to read.
I could not put it down. I couldn’t believe my eyes.
This was so obviously the truth!
All those previous questions on what was life all about, the purpose of life.
Suddenly it all made sense, was abundantly clear.
It was like being given the key to life’s mysteries!
Literally seeing with new eyes!
Why had I never seen this before?
Why couldn’t everyone see it?
Everyone should know it!
Every spare moment found me avidly reading.

Six days later, I remember it was a Sunday, something happened
which caused me involuntarily, to call out to God in distress.
Suddenly, I started trembling and crying.
What on earth was happening to me?
My whole body felt on fire, as if it was physically being invaded by a mixture
of what I can only inadequately describe as ‘emotions’.
The greatest of which was an incredible, overwhelming, indescribable love.
I KNEW with an absolute certainty that this was from God.
I raced upstairs to find and hold my Bible.

I had a burning desire to run round to church, but this trembling and crying would not cease.
Instead, much to the amazement of my family, who thought I’d gone absolutely loco,
I jumped in my car and drove away from the houses up to the hills.
I had to be somewhere as close to God as possible.
And where better then high up amid His creation.
Again I couldn’t believe my eyes!
Was this the same grass, the same trees, the same skies as I normally saw?
The colours looked so much brighter.
Oh how glorious is your creation, my heart sang,
and this exquisite love was continuing to flow through me.
I found myself sort of singing, skipping and dancing in sheer pleasure.

I thought I had known love and it’s mysterious joys when I had met my husband,
but this was so much greater and all encompassing,
so difficult to describe, or explain, impossible to put into mere words.
This new love overflowed and enriched the already deep love
that I had for my husband and family.

The next day when Ted arrived,
he saw straight away that I had met Jesus, and we rejoiced together.
I told him what had happened the previous day, and he explained that I was
being filled with God's love, his Holy Spirit.
At that time I hadn’t reached that bit in the Bible, Acts,
when the Holy Spirit descended on the apostles.

So this is what that badminton player meant by having Christ in you!!!
I found myself talking with my new friend, Jesus, all the time.

But - there was something still not right.
He led me to the cupboard where I kept the tarot cards and other books
on the paranormal, palmistry etc.
I took them into the garden and burnt them all.
Repenting for what I had done. Such release! How pleased He was.

I knew that all these so called harmless activities were wrong, sinful and very dangerous.
Now, there was no doubt in my mind that they came from the Devil.
I asked Jesus how I could explain to people how things, which appeared to be harmless,
were in fact the opposite; as, knowing my previous involvement, they were bound to ask.
He explained how Satan was the grand master of deception!

We have an expression called ‘Curiosity killed the Cat!’
and he gave me a modern parable to explain. 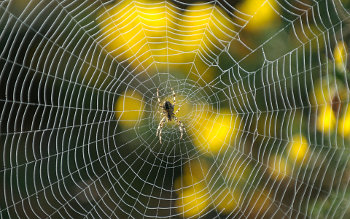 Picture a large spiders web, with a spider in the middle,
many lines of webbing between him and the outside edge.
Imagine a fly landing on the outside edge.
It appears harmless, curiosity might even make it take a step closer
and still be able to fly away.
But, the spider is watching, waiting and tempting the fly to take a step closer
from which he cannot escape.
The spider represents Satan. The fly us.
The outside threads of webbing, activities like horoscopes, looking into the future,
palmistry, tarot cards, so called white magic, harmless fun.

These only appear harmless, but man’s natural curiosity can so easily lead to
the deeper dangerous depths, until it’s too late to escape!
A favourite trick of a medium to vulnerable people, and this has been said to me,
‘I can feel an aura around you, I think you may have special powers of healing’
or some other ‘gift’, what an ego boost..  Beware.
This is a typical trap to entice you closer to the spider!

There are many references in the Bible which tell us not to look into the future,
and warns of evil spirits. e.g. in Acts 16 v 16-19,
there was a slave girl who had a spirit by which she predicting
the future, she even knew through this spirit,
that Paul and Silas were ‘servants of the Most High God’,
Paul was so troubled that he commanded in Jesus’ name for the spirit to leave her.

Thank God through Jesus,
we have been given the power to overcome the temptations of the evil one.

I thank God for my grandmother, who faithfully prayed for her family.
She died aged 92 years, a year after I came to know Jesus.
I continue to pray for our family.

Life has been full of ups and downs,
being a Christian does not make you immune to life’s problems and dark times,
but having ‘Christ in you’ gives you the power, strength and greatest of all,
the love, to overcome, when humanly, it would be all but impossible!