My Way to God

Jesus Christ and/or Krishna, Babaji, Yogananda? The Bible and/or the Bhagavad Gita? Do we need gurus, avatars, and kriya yoga in order to overcome karma and reincarnation? – My name is Conni Benkert, I am German and I was born in 1968. A few years ago I experienced for myself how difficult it can be to answer these questions, and I would like to share with you the story of how I found my way to God:


1. How I got to know the teachings of Guru Paramahansa Yogananda and received his answers to my questions

2. How God answered my questions


In my personal quest for the purpose of life and the answer to the question whether or not there is a God, I came across the teachings of Paramahansa Yogananda in December of 1992. I had been brought up in an atheistic environment. Although I had been open-minded toward Christian teachings, the superficial sermons that I had occasionally listened to in various churches had not been helpful at all in answering some of the deeper questions which I had about life and God – that is if there was a God. However, in the book Autobiography of a Yogi by Paramahansa Yogananda my seeking mind met with response. It was as if the guru knew all my questions and had answers to all of them.

Subsequently, I ordered the fortnightly Lessons of Self-Realization Fellowship (the organisation founded by Paramahansa Yogananda in 1925 in Los Angeles) and read also more of Paramahansa Yogananda's books. I was enthusiastic about these teachings, which were explained as a mixture of “Christianity” und Hinduism for Western minds and whose method of yoga-meditation (the so-called kriya-yoga) was extolled as the fastest way to God. (According to the Self-Realization Fellowship teachings, all ways lead to God, but their method of kriya-yoga would be a sort of direct air route.) Please read the full report here

Later I entered the Ashram (“Ashram” is an Indian word that means monastery) where I was trained for 6 years. But in spite of it all, I had to admit that I was not truly happy. I felt as if there was still a deep, bottomless hole in my heart which I could never fill for very long, no matter what I placed into it.

I had been praying often and intensively to God that He would show me what to do, and God actually answered my prayers. First, He brought me together with a Christian, who explained to me very patiently what the Bible really says.

How God answered my questions


But God had heard my pleading prayers mentioned above, and so He gave me now HIS answer to all my questions directly into my heart: One day, while I was having another long conversation with this Christian friend, God directed my thoughts to a certain Bible passage that didn't have anything to do with our conversation. Although I had no idea what I could achieve by saying this, I mentioned my thoughts to my Christian friend, and she opened her Bible and read the passage in question to me:

But now, while my Christian friend was reading this Bible quote to me, I understood deep down in my heart that the term "Word" stood for Jesus Christ. In them same instant I also understood the Trinity – a term which I had heard before, but that had been void of meaning until this moment. Further explanations  here

And the most wonderful thing of this new understanding was that now, as I continued reading the subsequent Bible text, it was confirmed that the term “Word” stands for Jesus Christ:


And the Word became flesh and dwelt among us, and we beheld His glory,
the glory as of the only begotten of the Father, full of grace and truth ...
grace and truth came through Jesus Christ.
(John 1:14+17b)


On that same day when God showed me why Jesus is the only (as in “only begotten” – which should be better translated as unique) Son of God and that Jesus is also God (but that there is still only one God who exists in three Persons), on this day God also reminded me of another Bibel verse, which I had read already as a teenager, but which hadn't meant anything to me then:


For false christs and false prophets will rise and show great signs and wonders to deceive...
(Matthew 24:24)


I think for an outsider it is difficult to fully comprehend the reaction this verse triggered in me now: I had just understood who Jesus Christ really is. But for more than seven years I had been following the teachings of this guru who put himself on the same level as Jesus Christ and even claimed to be His successor. I guess in this instant I floored my internal brakes, so to speak. – Had I actually been worshipping a false god, one who wanted to lure me away from the one and only true God?!


I found myself at a cross road. I had the choice to continue trusting the teachings of this guru that maybe they would really take me to God in the fastest possible way, as he had said. Or I could listen to what God had just revealed to me in the depth of my heart about what the Bible truly says.

Then I took the time to read the complete Gospel of John, and I understood without any doubt that I needed to accept Jesus Christ if I really wanted God in my life, because He is the only way to God:

Nor is there salvation in any other, for there is no other name under heaven given among men
by which we must be saved.
(Acts 4:12)


However, at first I was still afraid to take this step because I didn't know what would come afterwards. Or even worse: What if nothing at all came afterwards. What if Jesus rejected me since I had turned my back on Him for so long? But then I took the risk. I admitted my sins to Jesus (as much as I understood them at that time) and told Him that I wanted to accept Him as my Lord and Savior. And the Lord was true to His promise:


Behold, I stand at the door and knock. If anyone hears My voice and opens the door,
I will come in to him...
(Book of Revelation 3:20)


Since then I know without any doubt that I belong to God and I watch Him working in my life, changing me for the better. Before I had turned to the true God, the dark, bottomless hole in my heart had driven me to constantly seek fulfillment and inner peace (or rather distraction) through a variety of things and activities. Now however, this big hole in my heart has been replaced by a genuine love for God that is growing more and more as time goes by.


But as many as received Him, to them He gave the right to become children of God,
to those who believe in His name.
(Johannes 1,12)

Where do you stand?


If you, too, would like to have certainty whether or not God exists, or which way to God is the right one, or which teachings really tell you the truth, then I would like to encourage you to try praying to Jesus Christ with all your heart that He would show you the truth. But you should be careful to pray only to Jesus Christ for this certainty. Because if you pray to other powers, they are able to deceive or mislead you:


For such are false apostles, deceitful workers, transforming themselves into apostles of Christ.
And no wonder! For Satan himself transforms himself into an angel of light.
(2 Corinthians 11:13-14)

Please consider that contrary to the teachings of reincarnation and karma, there might be no second chances at the end of this life. And then you might be rejected before God's judgment seat because of your rejection of the way shown by God in His Word (i.e. the Bible), because you might have ignored His gift of salvation and preferred to depend on your own works (such as meditation, etc.).

The Bible makes it absolutely clear that with our own works (as good as they may seem by human standards) we cannot pass before a holy God:


Now we know that whatever the law says, it says to those who are under the law, that every mouth may be stopped, and all the world may become guilty before God. Therefore by the deeds of the law no flesh will be justified in His sight, for by the law is the knowledge of sin. But now the righteousness of God apart from the law is revealed, being witnessed by the Law and the Prophets, even the righteousness of God, through faith in Jesus Christ, to all and on all who believe. For there is no difference; for all have sinned and fall short of the glory of God, being justified freely by His grace through the redemption that is in Christ Jesus.
(Romans 3:19-24)


Get certainty now by calling out to Jesus Christ in prayer and by reading the Bible at least one time from cover to cover – instead of depending on the opinions of other people. – Please investigate for yourself!

This is only a short report.
More information and help here:
http://www.thewaytogod.info/e.christ.or.gurus.html#cog 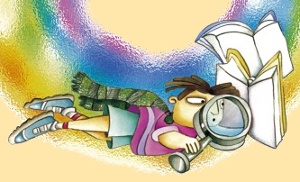